What Is A Failure To Appear (FTA) Warrant?

It all begins with receiving a traffic ticket and signing along the dotted line. Signing a ticket does not imply guilt though. Instead, this is a legally binding agreement for the driver to show up on their appointed court date whether they are going to plead guilty, pay the fine, or fight the ticket.

If a driver forgets to show up, or simply disregards their court date, they will receive a warrant for failure to appear. If not taken care of quickly by a lawyer, this warrant could become a major issue for the driver.

Failure to appear in court in California results in both a bench warrant and a license hold/suspension, which means that a driver can be taken into custody at any time or given a ticket while driving with the FTA license hold/suspension. Whether the driver has committed any other crimes or not, the next time that their name is searched by a law enforcement officer they may be placed in jail. 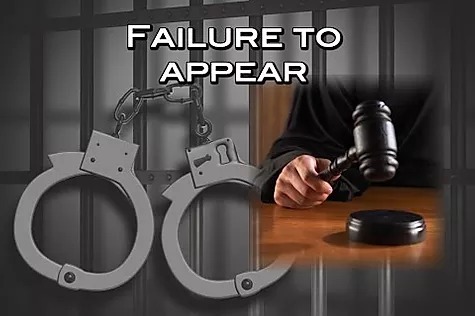 Do Failure To Appear (FTA) Warrants Follow Me If I Move Out Of California?

An FTA warrant placed in California cannot be bypassed if a driver moves away. Unlike many traffic charges which can be taken care of within the DMV, the driver must navigate the complex legal system in order to clear their name of any traffic violation. It is important to fight these charges immediately as they will proceed onto your driving record and onto your criminal record. Yet even after the charge has been taken care of, without the proper legal defense it could remain on your record for years on end. Future employment, loans, and other applications may instantly be denied with this criminal charge on your record. Our dedicated group of attorneys are the perfect solution to this problem. For those that chose to ignore their failure to appear warrant or are unsure of what steps to take, the end result could be awful. In order to keep your driving and criminal record clear, if you are in threat of this charge you should act today.

You May Have A Failure To Appear (FTA) Warrant In Your Name If You:

The best way to get guidance on your specific legal issue is to contact Ticket Dismissers. For a free accurate case analysis, please call 818-213-5130 or complete our contact form.

This website uses cookies to improve your experience while you navigate through the website. Out of these cookies, the cookies that are categorized as necessary are stored on your browser as they are essential for the working of basic functionalities of the website. We also use third-party cookies that help us analyze and understand how you use this website. These cookies will be stored in your browser only with your consent. You also have the option to opt-out of these cookies. But opting out of some of these cookies may have an effect on your browsing experience.
Necessary Always Enabled
Necessary cookies are absolutely essential for the website to function properly. This category only includes cookies that ensures basic functionalities and security features of the website. These cookies do not store any personal information.
Non-necessary
Any cookies that may not be particularly necessary for the website to function and is used specifically to collect user personal data via analytics, ads, other embedded contents are termed as non-necessary cookies. It is mandatory to procure user consent prior to running these cookies on your website.
SAVE & ACCEPT